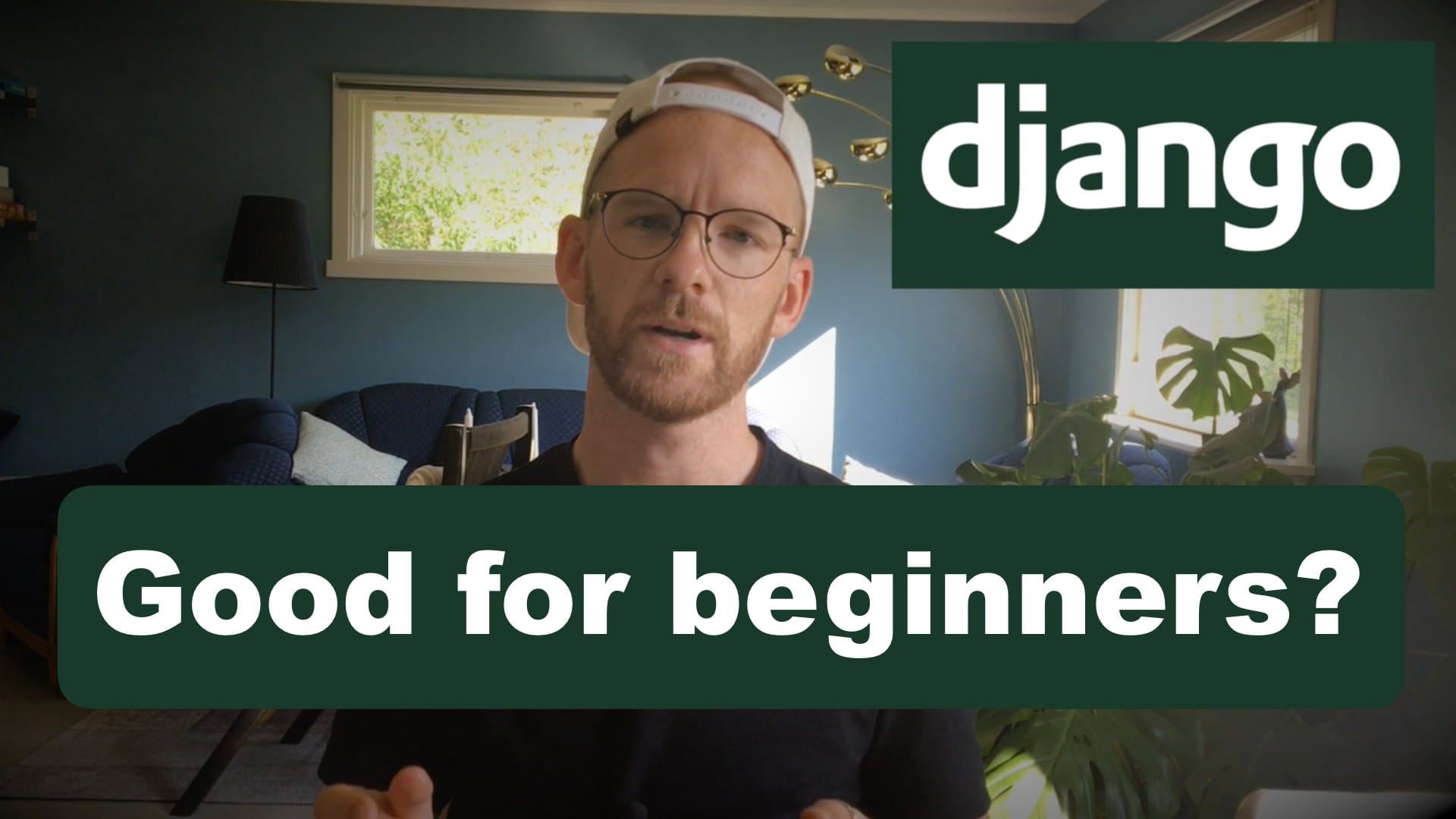 Is Django A Good Choice For A Beginner?

A lot of people have asked me if Django is a good choice for beginners. In this video, I will talk a little bit about what I think about this and why. And I will also quickly talk about where you can get started with Django.

First of all, Django is a framework based on Python for building web sites and web applications. Since Django is built on top of Python, I think it's ideal for beginners. Python is the number one language I always recommend for beginners who wants to start programming. Python is easy to get started with and it's capable of incredible many different things. If you know Python, you can build web sites, desktop applications, games, AI, bots and almost anything you can think about.

Before you start learning Django, I suggest that you learn the basics of Python. You don't have to be a Python expert to start Django, but it's nice to know how to define strings, lists, if and else, loops, functions and a little bit about classes. By knowing the basics of Python, you will have a much easier learning curve when starting Django.

When you start learning a framework like Django, you should have people to talk with. If you want to get in touch with me or someone else from my community, feel free to join my Discord server for free. In Code With Steins discord server, you will find channels where you can talk to other people who's also learning Django. And there are many people who want to help you.

Where to get started?

When it comes to where to get started, it can feel a bit overwhelming I guess. There are literally thousands of tutorials and resources out there. The first thing I suggest that you do is to go to djangoproject.com, download and install. Before you start browsing the net for tutorial, I would recommend that you go through the official tutorial from Django where you build a simple polls application. It's easy to follow and it demonstrates many of the key components of Django in a good and clear way.

When you're finished building the polls application, you should have a basic understanding of how Django works. And that's when the fun begins. I have lot's of tutorials on my channel you could start going through now. The one I would suggest first is my series on how to build a simple blog using Django.

When you're done with that series, you should just keep going through as many tutorials as possible. A thing I always recommend when you go through tutorials is to always write the code your self, so no copy and paste. This will make the code stick much better in your head and fingers. Don't worry if you can't remember all the syntax right away, this will take time. So use google, stack overflow, tutorials, etc to see how things are done. When I go through tutorials, I always like to change the name of variables, functions and similar. By doing this, it's a little bit easier to understand how things are connected. And if things crash because of this, it's easier to find the error.

Build your own projects

When you have made it through some tutorials, it's time to start building some small projects your self. It doesn't have to be anything cool and DEFINITELY not anything big. Start with building a small blog, a todo list, a guest book and similar. In the beginning, it's almost better to think that the smaller the project you can build, the better. Just keep building small things and increase gradually. The more you can build, the better your understanding of Django will be.

As a Software Developer, I personally find Django really hard. That's why we need to learn from you!

Great :-D Many things is hard in the beginning! Keep learning and all of a sudden you're an expert :-D